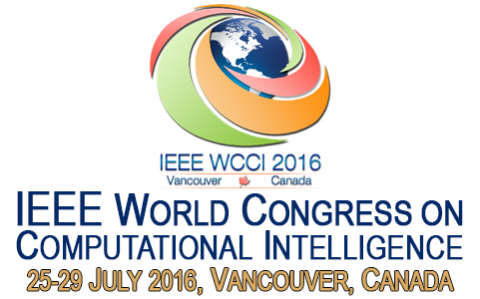 Decision Making is an inherent mankind task related to intelligent and complex activities in which human beings face situations where they must choose among different alternatives by means of reasoning and mental processes. Such decision situations usually involve different types of uncertainty according to their nature. The fusion of information can reduce uncertainty and facilitate the decision making process because it associates, correlates and combines information from multiple sources to provide a relevant and timely view of the situation.

Topics of the special session:

Procedure for paper formatting should be followed as specified on the WCCI’2016 website.
Submitted papers for this Special Session should be uploaded from the website provided for uploading and choose in Main Research Topic the choice SS33 Information Fusion and Fuzzy Linguistic Decision Making.

Short biography of the organizers

Luis Martínez received the M.Sc. and Ph.D. degrees in Computer Sciences, both from the University of Granada, Spain, in 1993 and 1999, respectively. Currently, he is Full Professor of Computer Science Department and Head of ICT Research Centre at the University of Jaén. His current research interests are linguistic preference modeling, decision making, fuzzy logic based systems, computer aided learning, sensory evaluation, recommender systems and electronic commerce. He co-edited nine journal special issues on fuzzy preference modelling, soft computing, linguistic decision making and fuzzy sets theory and published more than 70 papers in journals indexed by the SCI as well as 30 book chapters and more than 120 contributions in International Conferences related to his areas.
He is member of the European Society for Fuzzy Logic and Technology, IEEE. Co-Editor in Chief of the International Journal of Computational Intelligence Systems and an Associated Editor of the International Journal of Fuzzy Systems and serves as member of the journal Editorial Board of the Journal of Universal Computer Sciences and the Scientific World Journal. He received the IEEE TRANSACTIONS ON FUZZY SYSTEMS Outstanding 2008, 2012 Paper Award (bestowed in 2011 and 2015 respectively). And he is Guest Professor in the Southwest Jiaotong University and honourable professor in Xihua University both in Chengdu (China).

Rosa M. Rodríguez received the M.Sc. and Ph.D. degrees in Computer Sciences, both from the University of Jaén, Spain, in 2008 and 2013, respectively. Currently is Post-doc researcher in the in the Department of Computer Science and Artificial Intelligence at the University of Granada. Her current research interests are decision making, fuzzy logic based systems, computing with words, hesitant fuzzy sets. She has published 15 papers in journals indexed by the SCI and more than 20 contributions in International Conferences related to her areas. She has been post doc researcher in TU Wien (TUW). She is member of the European Society for Fuzzy Logic and Technology. Also she is Editor assistant of the International Journal of Computational Intelligence Systems, and Area Editor of the International Journal of Fuzzy Systems. She received the IEEE TRANSACTIONS ON FUZZY SYSTEMS Outstanding 2012 Paper Award (bestowed in 2015).

Francisco Herrera received the M.Sc. degree in Mathematics in 1988 and the Ph.D. degree in Mathematics in 1991, both from the University of Granada, Spain. He is currently a Professor in the Department of Computer Science and Artificial Intelligence at the University of Granada. He has published more than 250 papers in international journals. He currently acts as Editor in Chief of the international journal “Progress in Artificial Intelligence (Springer). He acts as an area editor of the International Journal of Computational Intelligence Systems and associated editor of the journals: IEEE Transactions on Fuzzy Systems, Information Sciences, Knowledge and Information Systems, Advances in Fuzzy Systems, and International Journal of Applied Metaheuristics Computing; and he serves as a member of several journal editorial boards, among others: Fuzzy Sets and Systems, Applied Intelligence, Information Fusion, Evolutionary Intelligence, International Journal of Hybrid Intelligent Systems, Memetic Computation, and Swarm and Evolutionary Computation. He received the following honors and awards: ECCAI Fellow 2009, IFSA Fellow 2013, 2010 Spanish National Award on Computer Science ARITMEL to the "Spanish Engineer on Computer Science", International Cajastur "Mamdani" Prize for Soft Computing (Fourth Edition, 2010), IEEE Transactions on Fuzzy System Outstanding 2008,2012 Paper Award (bestowed in 2011 and 2015 respectively), and 2011 Lotfi A. Zadeh Prize Best paper Award of the International Fuzzy Systems Association, and 2013 AEPIA Award to a scientific career in Artificial Intelligence (September 2013). His current research interests include genetic fuzzy systems, computing with words and decision making, bibliometrics, data mining, data preparation, instance selection, fuzzy rule based systems, knowledge extraction based on evolutionary algorithms, cloud computing and big data